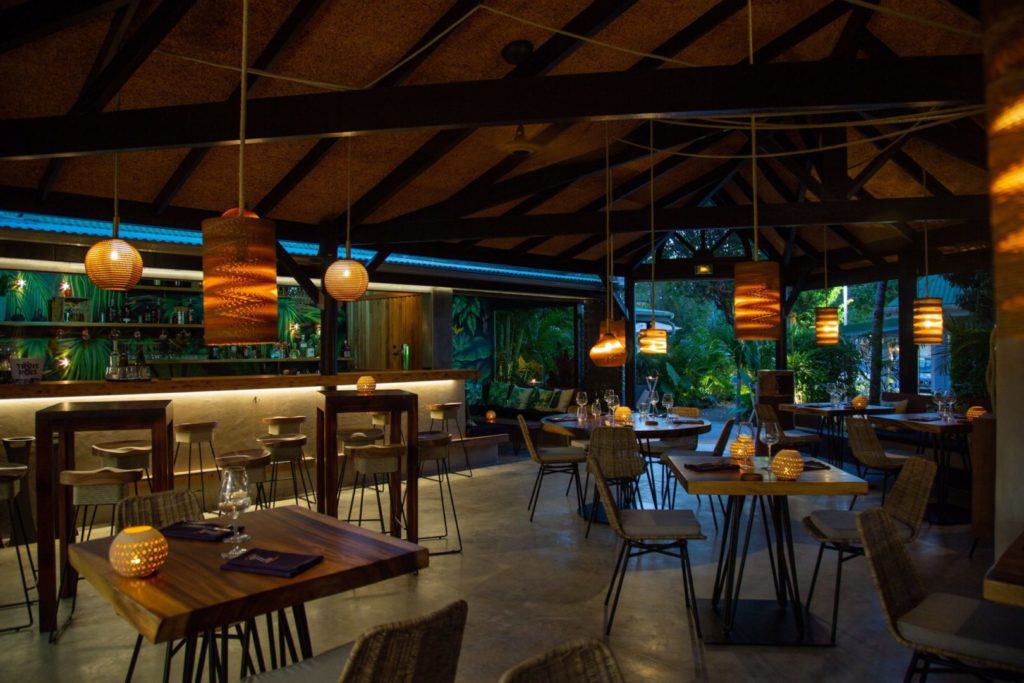 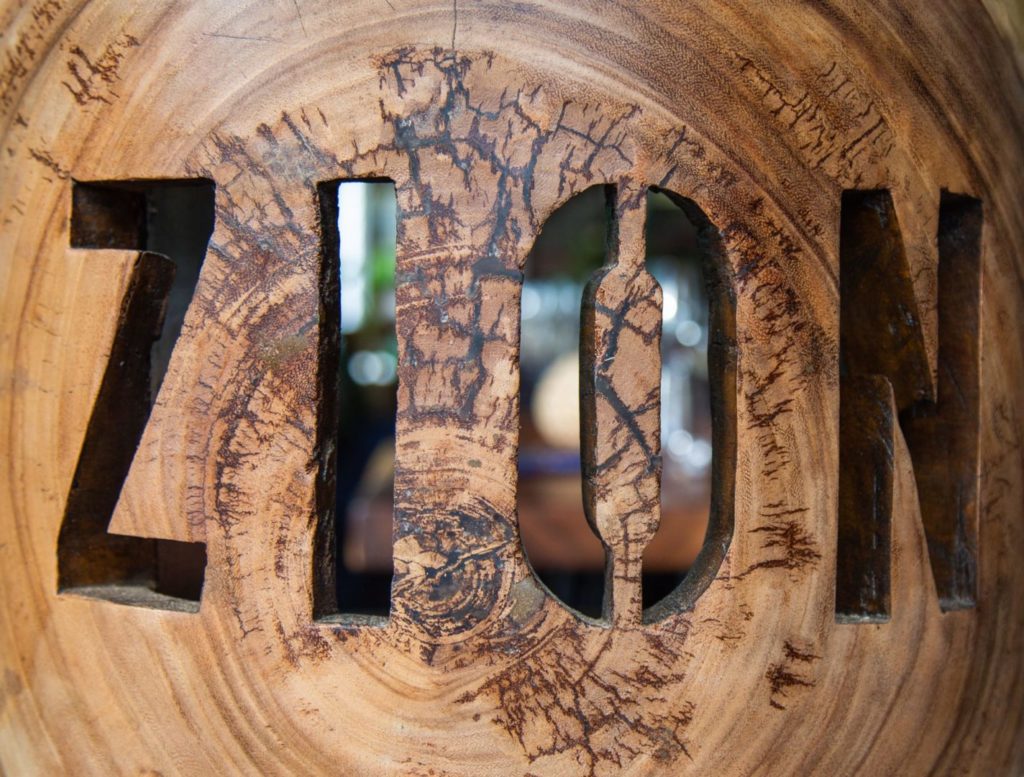 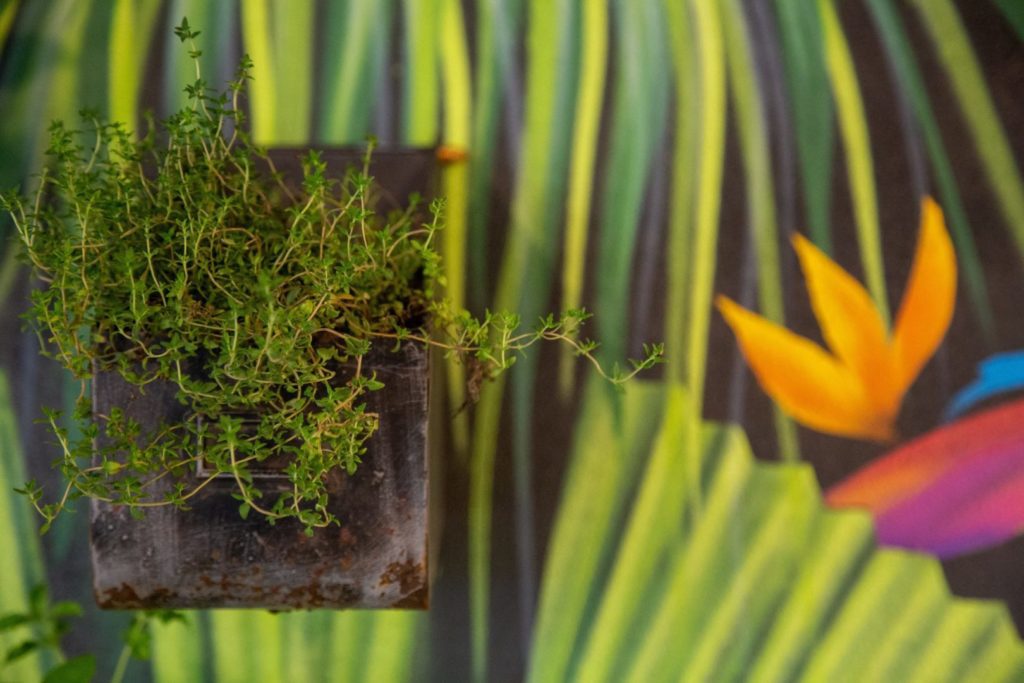 Have you dreamed of a culinary stopover in the heart of nature?
You are there.

Zion St Barth invites you to discover delicious cuisine inspired by exoticism as well as simplicity.

Flavors and spices awaken your taste buds and stimulate your senses as you experience the colors of the Caribbean, as everything here is designed as an passport to travel.
The adventure goes beyond the delicious cuisine bursting with flavors. Above all, Zion was conceived with an environmentally responsible philosophy. Use of local products, a move toward zero waste and zero trash, tropical decoration with a mix of vegetation and natural materials… We love the lamps made of recycled paper, the furniture in coconut wood, the ceiling of cellulose fiber, and especially the wall of vegetation comprised of aromatic plants grown on the island

Did you dream of a culinary stopover in the heart of nature?
There you are.

Zion St Barth invites you to discover refined cuisine imbued with exoticism and simplicity. Spicy flavors to awaken your taste buds with Caribbean colors to awaken your senses, here everything has been thought of as an invitation to travel.
This bistronomic restaurant offers a culinary break where the dishes are as refined and exotic as the tropical and cocooning atmosphere.
Through small, simple gestures such as cork cards and concrete actions such as the sale of stickers bearing the Zion image, the profits of which are donated to the « Island Nature Saint Barth Experiences » association, the Zion is committed to work in an eco-responsible approach. 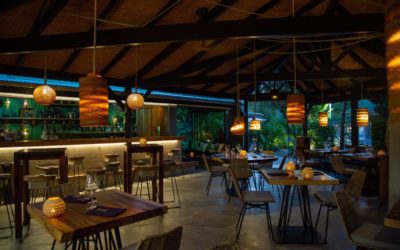 The chef
Jean-Baptiste Piard, chef at Zion, is also co-owner of the restaurant. After successfully working in top gourmet restaurants in France, he made his way to Canada, and French Polynesia. where he was named best French-Polynesian chef in 2013, before moving to Saint Barth. Jean-Baptiste Piard’s cuisine is sophisticated and surprising, influenced by his fondness for travel.
This gourmet-bistro restaurant provides a culinary experience where the outstanding food is imbued with touches of exoticism and served in a tropical, cocooning atmosphere.

With such simple gestures as cork menus, and solid actions such as the sale of Zion stickers, for which the proceeds go to the association, Island Nature Saint Barth Experiences, Zion strives to be as environmentally responsible as possible.

Mahi-mahi/ puffed rice/ coconut/ ginger/ mint, followed by cannelloni/ grilled lobster/ smoked paprika / canola oil/ green asparagus, and to end your meal a Baba with dark run… The chef’s modern cuisine is continually updated with influences from around the world.

Chef
Jean-Baptiste Piard, chef of the Zion restaurant, is now co-owner of the establishment. After great experiences in renowned gourmet restaurants in France, he quickly made a stopover in Canada and French Polynesia, where he was also crowned best chef in French Polynesia in 2013, before settling in Saint Barth. Jean-Baptiste Piard offers refined and surprising cuisine influenced by his many travels.
The adventure goes beyond a refined cuisine full of flavors. It is above all in an eco-responsible philosophy that the Zion is built. Use of local products, zero waste and anti-waste approaches, tropical decoration with a mixture of vegetation and natural materials … We like the lamps in recycled paper, the furniture in coconut wood, the ceiling in fiber cellulose or the green wall decorated with aromatic plants grown on the island …